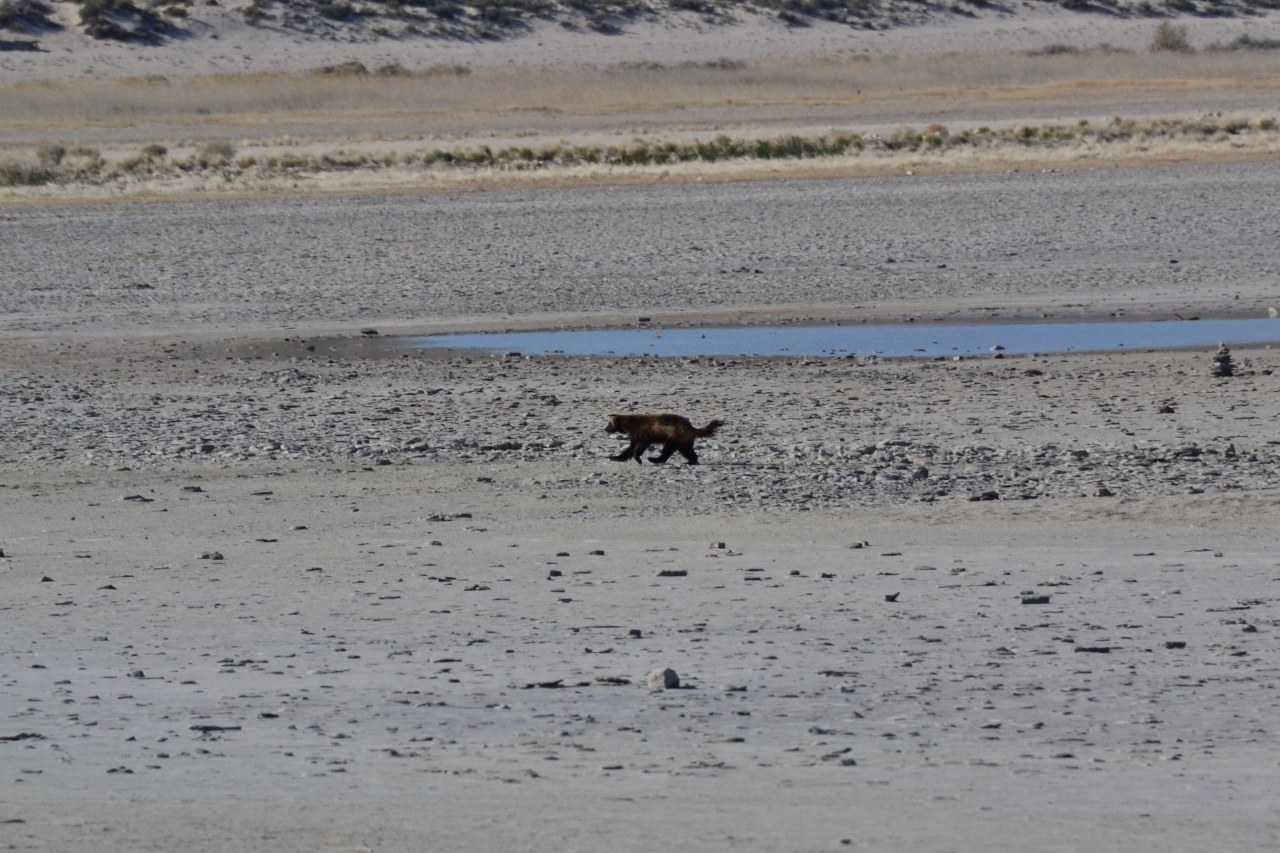 Utah Division of Wildlife Resources biologists say they are convinced a video showing an animal scurrying through the park, which you can watch above, is in fact a wolverine.

On Tuesday evening, the DWR received a report of a wolverine spotted at the northwest end of the park near Bridger Bay Campground.

Additional photos, as well as the video above, have been posted on social media.

Despite their best efforts Wednesday morning, DWR biologists said they were unable to locate the animal or any possible tracks at Antelope Island.

Wolverines, although commonly found in high mountain areas, are rare for Utah. So rare, in fact, that wildlife officials say it’s hard to say how many are currently in the state.

A single wolverine can have a home range as large as 350 square miles, according to DWR.

Bear Lake to transfer hundreds of fish to Idaho for research

“Wolverines are very rare to see because they are largely nocturnal and fast-travelling, usually not staying in an area long enough to be found or seen,” says DWR wildlife conservation biologist Adam Brewerton. “We believe this wolverine spotted on Antelope Island is just passing through as Antelope Island has no suitable habitat. It’s always exciting to hear of wolverine sightings in the state and especially when we have video evidence.

While wolverines are rare in Utah, DWR says it receives several reported sightings each year, often of High Uintas. But, because wolverines are an elusive animal, most reports go unconfirmed.

Wolverines typically scavenge carcasses and have been known to hunt many different types of animals, ranging from squirrels to birds to larger animals in deep snow. The animal is not listed as threatened or endangered, but is protected under Utah state law.

The most recent confirmed sighting in Utah was a female wolverine carcass located by the Department of Transportation after it was struck and killed by a vehicle west of Laketown near Bear Lake.

Prior to that, there had been two sightings in 2014 – tracks found near Dutch John in December and a wolverine captured in a photo at a camera bait station in the Uinta Mountains in February.

The first confirmed reported sighting was in 1979 when a wolverine was hit and killed on US Highway 40 east of Vernal.