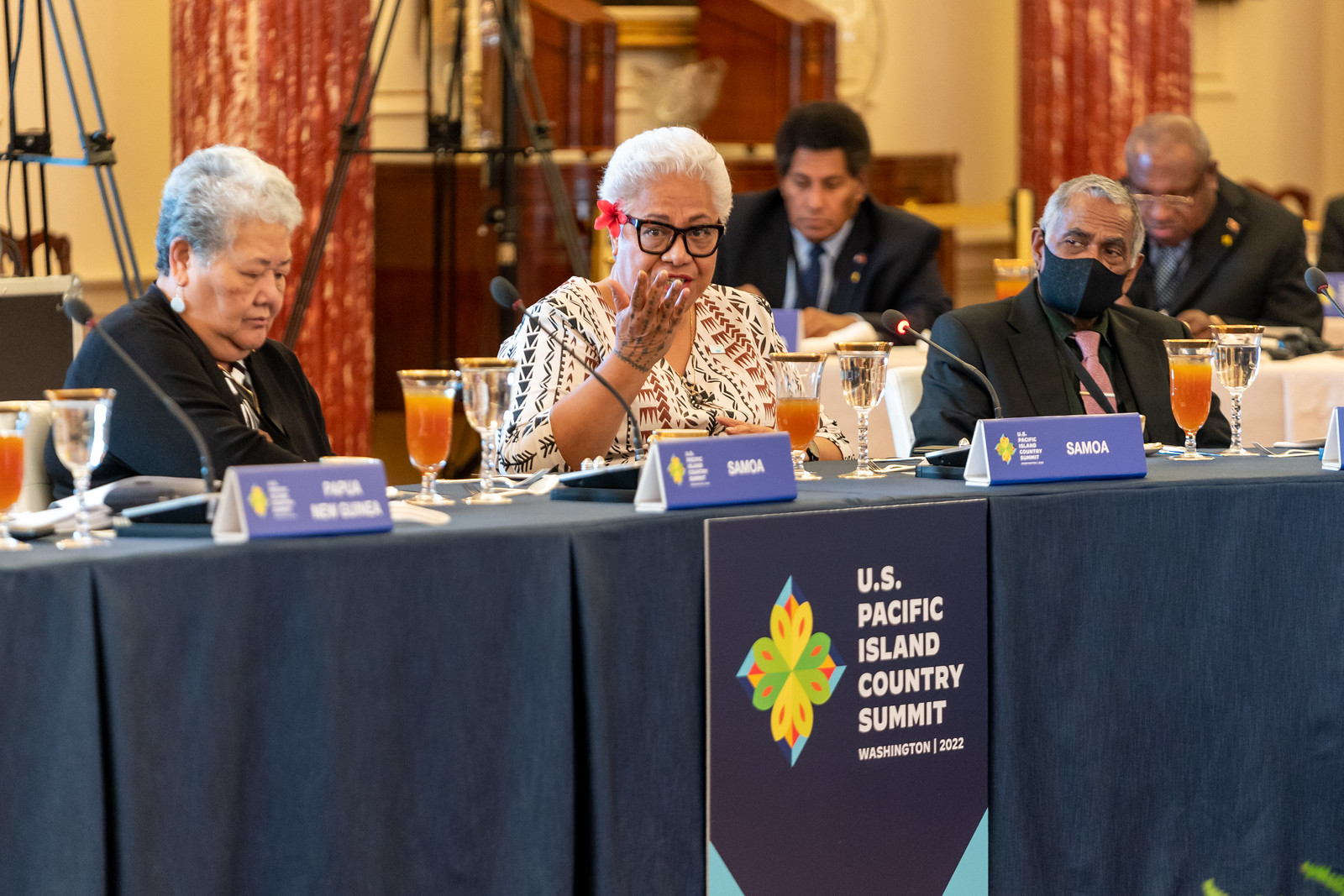 At the US-Pacific Island Countries Summit, held September 28-29, President Biden wooed Pacific Island leaders with a red carpet, a positive vision for the future and promises to respond to regional priorities. Although China is not mentioned in the resulting U.S.-Pacific Partnership Statement – ​​and only once in the Pacific Partnership Strategy that was also launched at the event – ​​the escalating Sino-US competition was clearly the strategic elephant in the room. Whether Washington’s efforts will succeed in curbing Beijing’s ambitions in Oceania, particularly its alleged pursuit of a naval facility, remains to be seen. Island leaders were pleased to have their concerns taken seriously, but they are aware that little of what the United States has brought to the table is new and much of the announced $810 million in increased funding is for to programs that should not see the light of day soon.

The summit represents a milestone in the broader outreach campaign launched by the Trump administration and accelerated under the leadership of Biden’s National Security Council. The administration’s Indo-Pacific strategy promotes a positive regional vision based on democratic values ​​and networks of “like-minded” allies, while building the capacity “to deter aggression and counter coercion” through military means. New US-led alliances, such as the Quad and the trilateral AUKUS security pact, reflect a shared interest in containing China and blunting its ability to challenge the US-dominated international system. The unspoken goal of the Pacific Partnership Strategy is to link the strategically important islands of Oceania with the United States by offering to meet their needs.

The White House summit was an important part of this charm offensive. Leaders were pleased that the agenda closely reflected their expressed priorities. They also enjoyed the parade of high-level attendees, a who’s-who in Biden’s cabinet and congressional leadership. Island leaders were particularly impressed with Biden’s style as he personally greeted delegates, led an impromptu tour of the Oval Office and handed out his trademark aviator sunglasses as gifts.

The fact that the summit resulted in a joint statement was a victory for the Biden administration, especially as Beijing failed to secure regional endorsement for its proposed Common Development Vision in May 2022. Pacific leaders could argue that the document reflects their own Blue Pacific 2050 strategy. Continent launched in July. They managed to make changes to the draft before the summit, adding more on climate change and overcoming Washington’s opposition to mention of US nuclear tests in the Marshall Islands. They were also able to remove references to China, as well as a provision that bilateral security agreements must be approved by others in the region. These changes allowed all participating countries to endorse the statement, including the Solomon Islands which had previously expressed serious reservations.

Long on generalities and short on specifics, the 11-point statement signals Washington’s support for a very wide range of Pacific island concerns, including tackling the climate crisis and strengthening regionalism. The attached fact sheet says little about how these aspirations are to be achieved. Although described as a roadmap, it is more of an inventory of dozens of unrelated programs across the vast federal bureaucracy. It is not clear how all of these activities are to be coordinated, or even how the US$810 million claimed in extended US support was calculated. What is clear is that funding for many of these programs – including the renegotiated US fisheries treaty which accounts for the bulk of the total – must be sought from Congress. This is a perilous process, especially when the upcoming midterm elections are likely to change political dynamics in Washington.

Most worrying is the prospect that Washington’s increased engagement will undermine Pacific priorities, particularly the quest for self-determination long at the heart of regional initiatives. Many of the proposed activities are to be carried out by US or international agencies rather than Pacific agencies: a key example is US support for climate adaptation through the Green Climate Fund rather than through the Pacific Resilience Facility of the region. Moreover, despite the declaration’s strong support for regionalism, some US initiatives – such as partners in the Blue Pacific consortium of donor countries – undermine the regional architecture carefully constructed by Pacific leaders to manage their interactions with outside powers.

The United States-Pacific Partnership is important to Pacific leaders because of its promised deliverables. For Washington, it is an opportunity to influence decision-making by participating in regional activities. A prime example is the South Pacific Tuna Treaty, created in 1987 to allow US-flagged vessels access to ​a tuna-rich fishery spanning several Pacific island jurisdictions as well as the high seas. Although the U.S. Pacific tuna fleet has shrunk to a handful of boats, the Biden administration has pledged to increase the department’s annual grant under the economic assistance component of the treaty from US$21 million today to US$60 million per year for ten years. from 2024. The renegotiated treaty has become less about tuna access (although US fishing interests are pushing for its renewal) and more a practical mechanism for channeling budget support to the 15 member island nations of the Forum Fisheries Agency – and strengthen American influence in the region. The panoply of small US programs in areas such as agriculture and aviation are appreciated as they also provide seats at many decision-making tables across Oceania.

The Washington summit and the resulting partnership agreement represent attempts to entice rather than coerce Pacific island nations as US-China rivalry escalates. Indeed, the agreement specifically affirms “the ability of nations to make sovereign decisions in the best interest of their people”. The real test of this commitment could come when China revives its efforts to negotiate its own regional agreement, which it is likely to do, or when other island countries decide to follow Solomon Islands’ example and sign bilateral security agreements with Beijing.

Meanwhile, Pacific leaders will be watching the outcome closely – especially progress on climate change stipulations in the deal, already seen by some as grossly inadequate. If the United States fails to deliver on these aspects of the partnership agreement, it may take more than aviator sunglasses to keep island leaders on their side.