Story and images of Alice Gerard

A shoreline protection program is currently underway in the West River near Buckhorn Island State Park. Dan Dinsmore, land superintendent for LDC Construction, said the Grand Island company, owned by Lyle Dinsmore, is carrying out the project for the New York State Office of Parks, Recreation and Historic Preservation.

Among the projects that LDC Construction has worked on is the restoration of Strawberry Island, as well as Motor Island. They also performed restoration work on the lagoon at Beaver Island State Park, Burke said.

Dinsmore described the current project as a “habitat project”. He said hemlock logs were being trucked in from Penn Yan. These trees are considered “more weather resistant”. The wood is used to build large “planters”, he said. “They are staged in water, and there are plants that will be planted inside.” The plants will be surrounded by “walls”.

“It protects the plants,” Dinsmore said. “When we did a survey to find out where everything is going here, we found that some places were protected. We will have these (spots) demarcated. We cannot encroach on these areas. 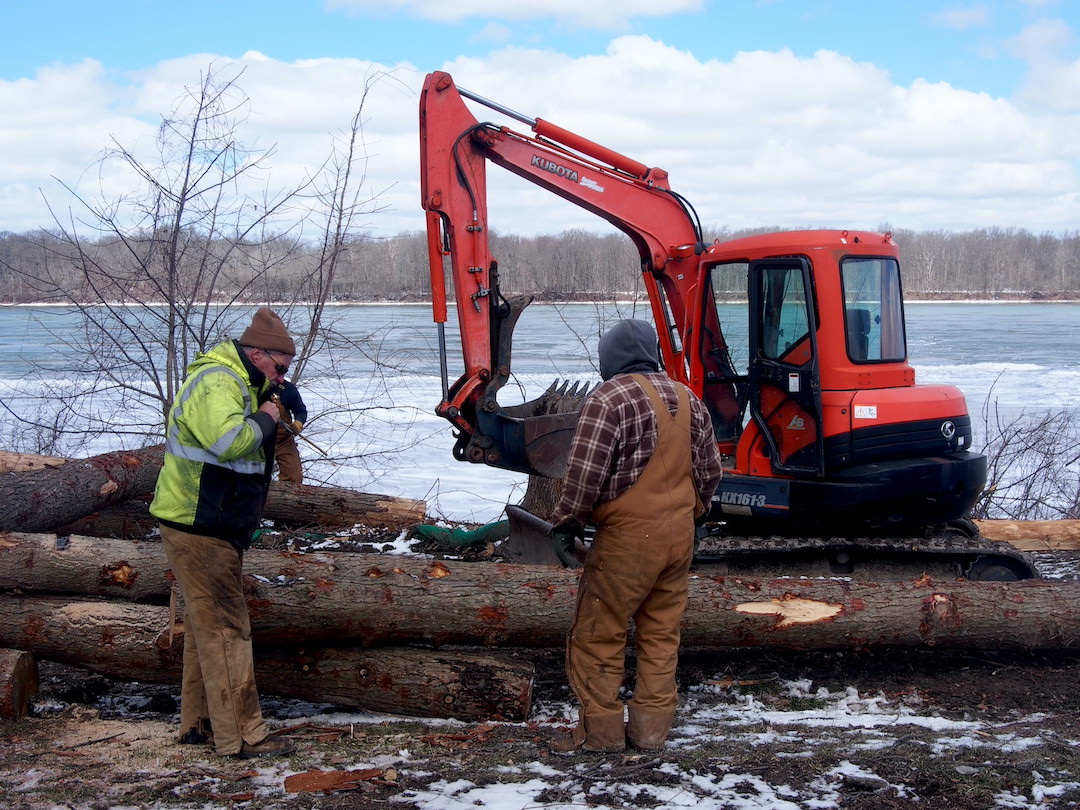 LDC Construction employees are working on the construction of the giant “planters”. 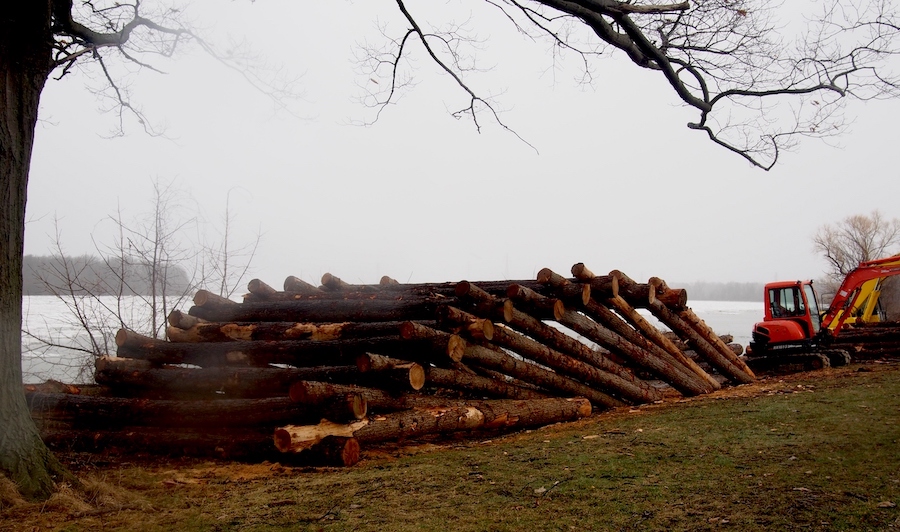 The logs are shaped into large planters, which will be placed in the river and held in place with helical anchors which are screwed to the bottom of the river.