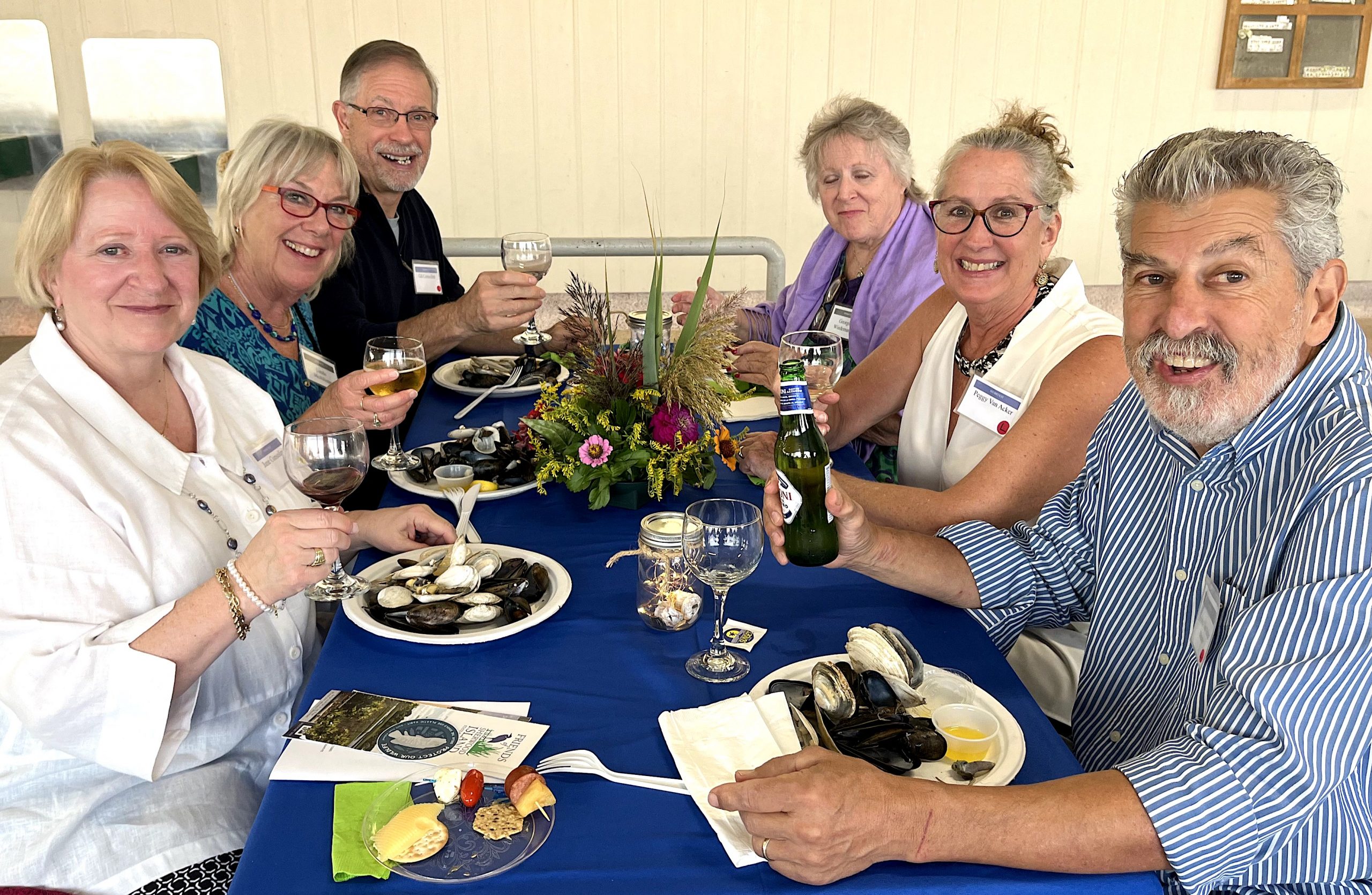 “The main thing we do is provide six interns at the nature center in the summer, which is our biggest expense,” said Michele Sorensen, group board chair, “and then we have the team from the Jardin des Amis, we have the 100 trees campaign to replace lost trees.

“We provide wild bird food, nesting boxes and platforms, and we give educational talks at the nature center almost every weekend in the summer,” Sorensen said.

Sherwood Island State Park is a national and local treasure.

“We are fortunate to have Sherwood Island State Park in this part of the state,” said Craig Patton, Director and Chairman of the Communications and Marketing Committee.

“It’s actually the largest undeveloped piece of land between New York City and Hammonasset State Park, which is across from New Haven,” Patton added. “So it’s a long stretch of coast, and there’s a lot of work to do here.”

As guests mingled and bid on auction items, they had a dinner option of lobster, salmon, steak, or a vegetarian dish.

“I would never miss an opportunity to have a lobster. It’s gotten to the point where I don’t even need the cracker anymore,” joked state Rep. Jonathan Steinberg, D-Westport. “Most of the time I just do it with my hands”

Artists as well as politicians agreed that Shorefest is not to be missed.

“It just keeps getting better,” said artist Miggs Burroughs, who has attended the annual gatherings for at least 10 years. “The silent auction prices – and not just because I’m a part of it – just keep getting better, and so does the music and the food.”

According to Sorensen, Shorefest ticket sales were about $8,000. Friends of Sherwood Island hoped to raise more funds through the auction, which included bidding on certificates to many local restaurants and shops.

Westport Journal contributor Lucy Dockter is a member of the Staples High School Class of 2023 and editor of the school newspaper, Inklings.

How to go island hopping in the Maldives

Island Hopping in Aloha State: No Kids, No Car, No Agenda | app