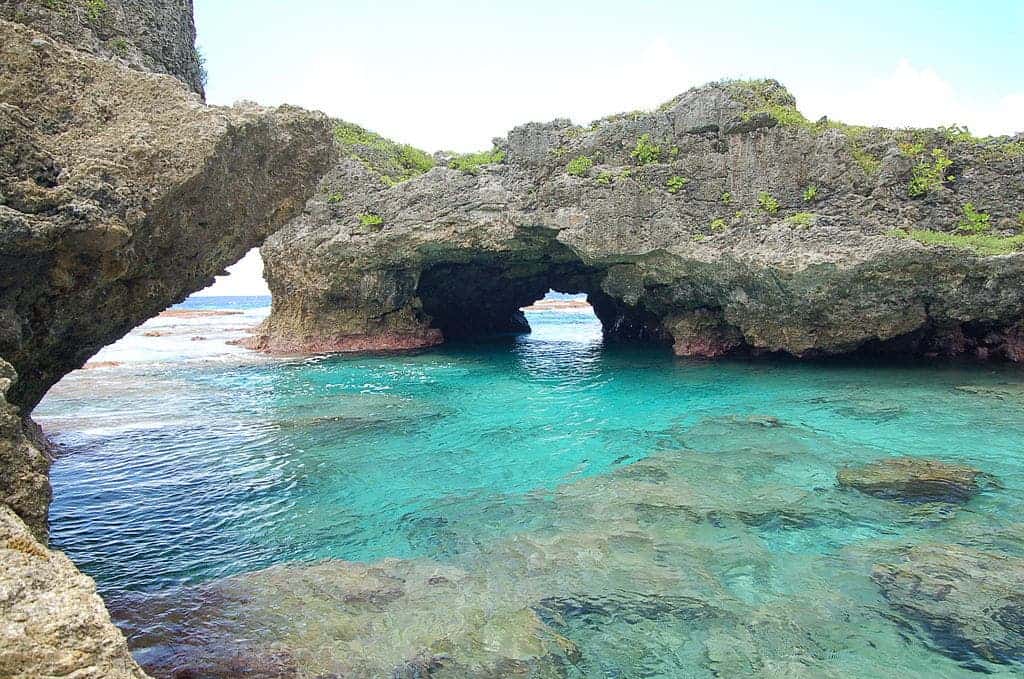 More than 50 countries have pledged in recent years to protect 30% of the world’s ocean by 2030, amid growing pressures on the ocean from climate change and human activities such as fishing and fossil fuel extraction. Today, the small island state of Niue has decided to go further by protecting 100% of the ocean in its exclusive economic zone.

Niue, sometimes referred to as the “rock of Polynesia”, lies about 2,400 kilometers northeast of Auckland, New Zealand, and nearly 400 kilometers east of Tonga, in the southwest of the Pacific. It is a self-governing state in free association with Zeeland. It is one of the smallest nations on the planet, with approximately 260 square kilometers of land area, and it is also one of the most isolated countries on the planet.

Unlike its neighbors, Niue isn’t an archipelago of islands – it’s a single island that’s essentially a raised coral atoll (and one of the largest atolls in the world). The region is rich in biodiversity. It is the only place where the katuali or flat-tailed sea serpent (Laticauda schistorhyncha) is found. It is also a place used by humpback whales that migrate from Antarctica to give birth.

However, the reefs of this island are widely threatened. Warmer sea temperatures due to climate change lead to coral bleaching, while extreme weather conditions also damage the environment and infrastructure. Also, illegal fishing is a big problem for most countries in the Pacific Ocean, the most fertile fishing ground in the world.

Niue announced in 2020 that it would protect 40% of its ocean, seeking to prevent new impacts on its marine biodiversity. Now the government has decided to go further by committing to 100% protection. This decision follows a similar commitment from the neighbor the cook islandsdealing with issues similar to those in Niue.

“This is a globally significant contribution from Niue to international efforts to support the stability of our planet and our oceans in the future. This is very important at this time as the impacts of climate change, pollution and overexploitation have very real impacts on all corners of the globe,” Niue Premier Dalton Tagelagi said in a statement.

As part of its new Conservation Pledge, which took effect in April, Niue established the Niue Nukutuluea Multi-Use Marine Park. It is divided into zones, including a conservation zone where ships can pass but not stop, a sport fishing and canoe fishing zone, and a general ocean zone that allows foreign commercial fishing.

Those who violate marine park rules can have their boat and catch seized and fined up to $280,000. The government monitors activities in the marine park with a satellite monitoring company, Global Fisheries Monitoring. Niue does not have a navy, so it partners with Tonga, Samoa and the Cook Islands to police the marine park.

“We are thrilled to see this commitment from the government and people of Niue, and hope their action will inspire other countries to follow suit with their own EEZs,” said Ashleigh McGovern, vice president of development and Innovation and Director of Partnerships at Conservation. International’s Center for Oceans, said in a statement.

Back in 2016, a team from Pristine Seas of National Geographic and the philanthropic group Oceans 5 explored the waters of Niue. The 18-day expedition revealed impressive marine life, including more than 300 species of fish and three globally threatened species of sea turtles. This information has helped the government take further action to protect the oceans.

An island hopping to the south | Parkes Champion Post