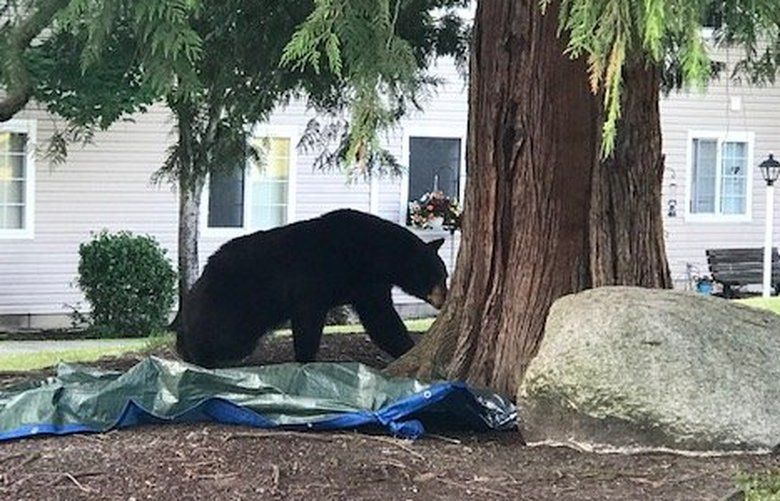 A black bear’s island hopping days came to an end – at least temporarily – after his capture early Saturday at Mount Vernon.

Agents from the Washington Department of Fish and Wildlife worked with Mount Vernon Police and Firefighters to keep the bear safe after a tranquilizer knocked it off a tree in the 400 block of North 17th Street, according to a police press release. At around 4 a.m., Mount Vernon Police first responded to reports of the bear in the 700 block of East College Way.

“The bear is to be released, into the wild, on its own pledge,” later Saturday, police wrote in the statement.

Distinctive markings on the bear have made fishing and wildlife officers believe it was the same bear that had been spotted in Island, San Juan, and Skagit counties, and that the bear swam from place to place.

“The bear however refused to identify itself, so the positive identification could not be verified” after the capture on Saturday, the statement said.

Last week, the Islands Sounder (San Juan) reported that a male bear searching for a female was spotted on Camano, Fidalgo, Orcas, Shaw and Whidbey Islands. A ferry worker saw the bear cross the channel to San Juan Island, the newspaper said.

Island hopping bear is captured and returned to the wild