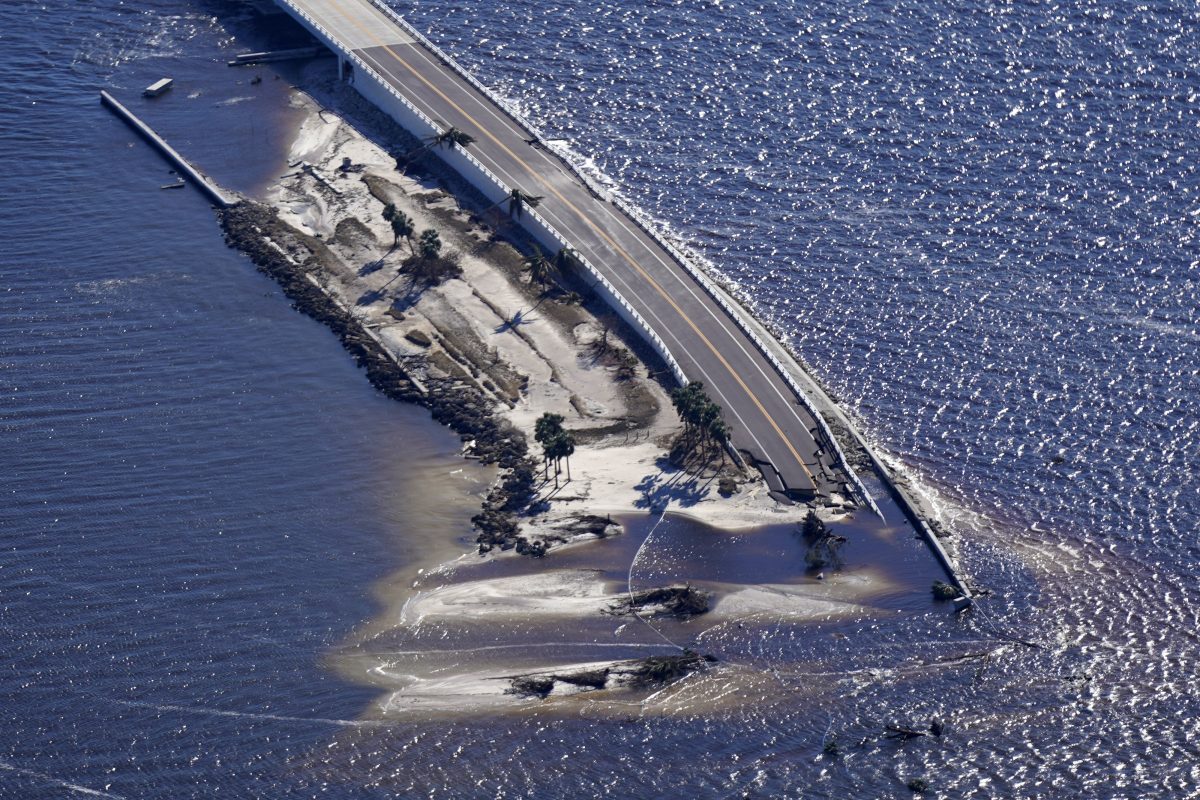 The nearly 16,000-foot transit artery between Sanibel Island and southwest mainland Florida was severed during Hurricane Ian, and now there’s a plan to reconnect it.

At a Sarasota County news conference on Thursday, Gov. Ron DeSantis stressed the immediacy of repairing the destroyed Sanibel Causeway to provide desperate aid to hurricane-stricken residents. The governor announced that the Florida Department of Transportation on Tuesday awarded a construction contract to begin temporary repairs with permanent construction expected in the future.

Project leaders will partner with Lee County with full accessibility expected by the end of October. First responders are currently relying on helicopter and boat trips to bring aid to those who ignored evacuation calls before Hurricane Ian.

According to Sanibel officials, about 200 households resisted evacuation. Two deaths were reported and twelve others injured were rescued by first responders. Another 40 uninjured people were taken off the island.

A repaired roadway will expedite recovery efforts, restore power and remove debris. It will also allow the island’s approximately 6,400 residents to fully assess the extent of the storm’s devastation to affluent Sanibel properties.

The financial details of the contract and the required tendering process were not provided. Lee County is one of nine counties designated by President Joe Biden for federal disaster funds. As a congressman in 2012, DeSantis twice voted against similar federal aid for Hurricane Sandy victims, mostly in New York.

As of Thursday, nearly 200,000 Floridians were still without power due to the storm.

DeSantis announced that a temporary bridge to Pine Island, nestled between Sanibel and the mainland, was completed in three days. Pine Island is home to 9,000 residents.

Bridges on the islands were damaged when the vastness of the storm washed away the land on which the roads were built.

State transportation officials announced that all state-owned bridges have been inspected for required repairs, and they are also providing assistance to inspect locally-owned bridges. They also said nearly all affected roads in the state have been cleared and made passable.

Sanibel officials have measured 3 million vehicles traveling the Sanibel Causeway each year, with residents, tourists and employees drawn to the island’s pristine beaches and resorts.

7 Batam Island Hopping Ideas for a Nearby "Maldives" Experience