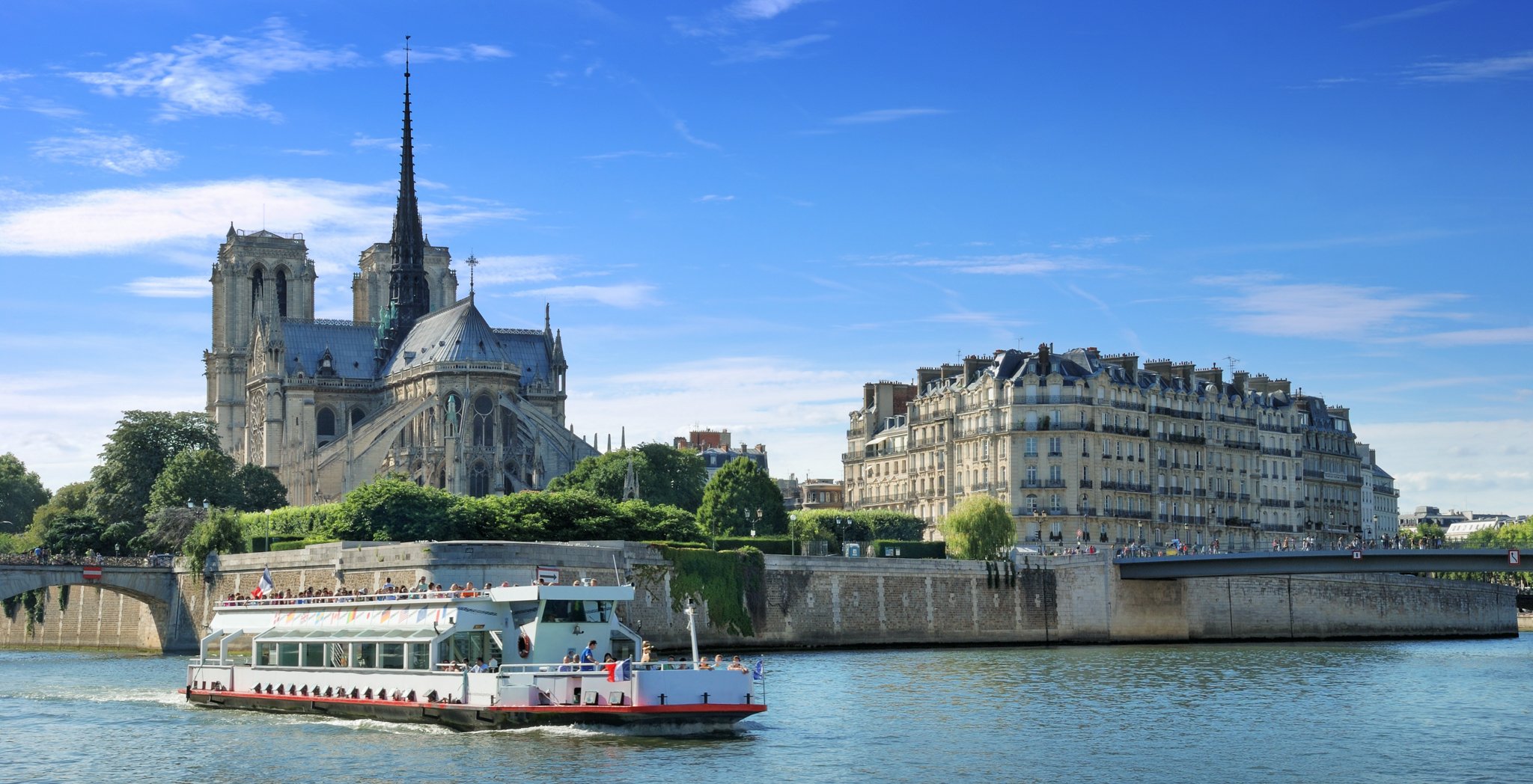 The mighty Seine crosses Paris under 37 bridges and footbridges. The traffic of barges and tourist boats livens up in both directions, and Parisians flock to its shores to stroll, exercise and have a drink with friends.

The Seine is at the heart of Parisian life, as are its three islands, Île de la Cité, Île Saint-Louis and Île aux Cygnes.

Ile de la Cité and Ile Saint-Louis are two of the oldest villages in Paris full of treasures to discover and Ile aux Cygnes, a little further down the river, has a little gem.

These Parisian islands can be visited in a day or more quietly over a few days. And as with everything Parisian, we can come back to it again and again and each time bring new and captivating discoveries.

Here are some of the best things to do on an island hopping tour in Paris.

Is it even a trip to Paris if you don’t go to Ile de la Cité? I’m going to take a risk and say, “No! Because the Ile de la Cité, the oldest agglomeration of Paris, is where many of the city’s key sites are located. When fire swept through Notre Dame Cathedral in April 2019, Parisians cried that their beloved cathedral could be gone forever because here on Ile de la Cité is the true heartbeat of Paris.

Getting to the island of the city

The world famous Notre Dame Cathedral, built between 1163 and 1345, is the number one place to see on the Ile de la Cité.

Although a fire destroyed part of Notre-Dame Cathedral, it is still essential to stand in front of its majestic west facade. There is a barricade on the forecourt blocking the three doors of the cathedral, but just above the barricade you can see the Gallery of the Kings with its 28 statues stretching majestically across the width of the facade.

Above the gallery is one of the famous rose windows and the two towers of Notre-Dame. Missing is the arrow which did not survive the fire.

French in style, the barricades around the construction area are covered with a gallery of photos and articles describing the fire and the restoration.

Marvel at the stained glass windows of the Sainte-Chapelle

This unforgettable Gothic church, the Sainte-Chapelle, with its slender spire rising to the sky and its 1,113 stained glass windows, is a UNESCO World Heritage Site. In the 13th century, King Louis IX had the Sainte-Chapelle built to house his religious relics. The incredible dizzying stained-glass windows, including the rose window with its 87 petals, are best admired on a sunny day or during an evening concert where you can sit and feast your senses on the remarkable stained-glass windows.

If you like to visit churches, here are some other beautiful churches to see in Paris.

One of the oldest squares in Paris, Place Dauphine, is over 400 years old. This square is a quiet place to sip a coffee, admire the buildings, watch a game of pétanque in full swing, and watch French life unfold around you.

Walk on the Pont Neuf

The Pont Neuf, at the western end of Île de la Cité, links the island to the left and right banks. The Pont Neuf, which means Pont Neuf, is actually the oldest bridge in Paris, dating back to 1607. Don’t forget to descend the stairs and pass under the Pont Neuf to admire the stonework and sculpted faces that stare at you.

The Equestrian Statue of Henri IV is in the middle of the Pont Neuf. This 1800s statue is a replica of the original 1600s statue that was destroyed during the French Revolution. King Henry IV was also known as Le Bon Roi and le Vert Galant to all his mistresses.

Just behind King Henry IV are stairs leading to the Seine. Stop for a moment at the Vert-Galant square to admire the Louvre and the Hôtel de la Monnaie. If you would like to take a boat trip on the Seine, there is a stop here or check out these other excursion suggestions.

Île Saint-Louis, once a pasture for cows in the 1600s, is nestled behind Île de la Cité just behind Notre-Dame Cathedral. The small village of Ile Saint-Louis has remained virtually unchanged for the past 400 years. Follow the cobbled streets, contemplate the facades of old mansions, and never lose sight of the Seine.

Getting to Île Saint-Louis

By Metro : Pont Marie or Sully-Morland on line 7

Watch musicians and street performers on the Pont Saint-Louis

Pont Saint-Louis, the bridge that crosses Île de la Cité and Île Saint-Louis, is the perfect place to enjoy street musicians. Stay a while listening to the music, contemplate the back of Notre-Dame with its enormous crane, up to the large dome of the Pantheon, and enjoy the traffic of barges gliding on the Seine. Don’t be surprised to find a variety of performers with puppets or competing on inline skates.

Shop the boutiques on rue Saint-Louis-En-l’Ile

Rue Saint-Louis-en-l’Ile, the main artery and heart of the island, is lined with unique boutiques and galleries. Shop the unique creations of scarves, clothing, hats and leather goods. Do not miss La Cure Gourmande for its chocolates and cookies.

The clock at # 21 rue Saint-Louis-en-l’Ile marks the entrance to the church. The Church of Saint-Louis-en-l’Ile took 62 years to complete and was finally consecrated in 1726. Inside, the Baroque-style church is bright with its white marble and gold accents. Admire the sculptures and works of art and the tranquility that this sacred space allows.

The famous Berthillon ice cream is considered the best in Paris. Run by a Parisian family, this creamiest ice cream is indeed divine and the flavors exquisite. Pear and pistachio were two flavors that I found to be delicious. Sit down and enjoy your ice cream at the table or take a stroll with your cone along the Seine.

Ile aux Cygnes, or Ile aux Cygnes, is a narrow man-made island half a mile long in the Seine floating between two bridges, the Bir-Hakeim Bridge and the Grenelle Bridge. This small island of Paris has a path in its center bordered by willows and chestnut trees, which makes it a quiet place to walk and off the beaten track.

Getting to Île aux Cygnes

From the Eiffel Tower: Ile aux Cygnes is a short, flat 7-minute walk away. Find the Bir-Hakeim bridge and go down the stairs to access the island.

By Metro : Bir-Hakeim on line 6

Visit the Statue of Liberty on Swan Island

Most people won’t make the special trip to this island to see the Eiffel Tower, but allow yourself some time to wander around the island and walk on both bridges to take in surprising views of the Eiffel Tower.

Winter and summer, the islands of the Seine are very popular. Find one of the many cafes on Île Saint-Louis to enjoy a mulled wine in winter or a kir royal in warm weather while taking in views of the Pantheon and Notre Dame Cathedral.

Alternatively, find the oldest house on the Ile de la Cité which is the Café Au Vieux Paris d’Arcole at 24 rue Chanoinesse. This facade is an Instagram favorite with its gorgeous wisteria in spring, but take some time to have a meal inside. The plush red velvet interior is a stopper show.

Implications of the Biden Presidency for the Pacific Islands region 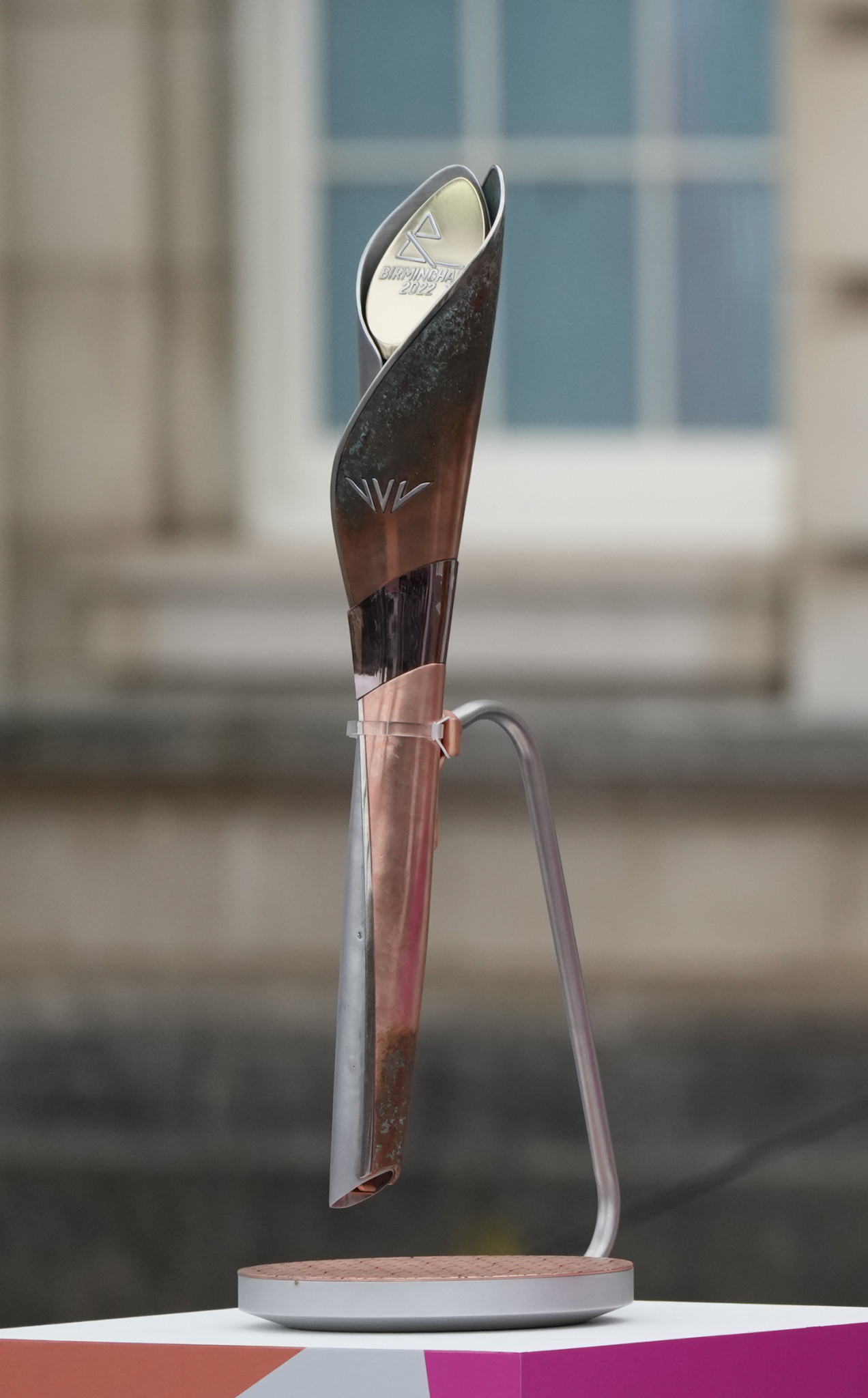 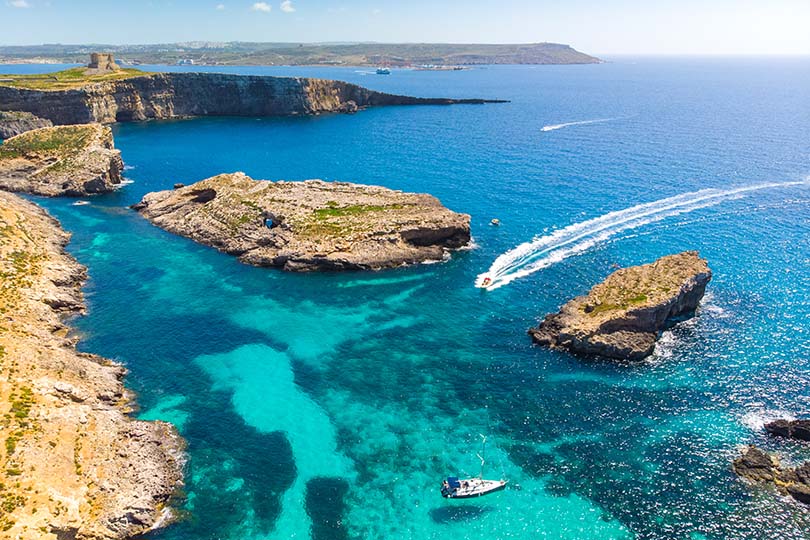