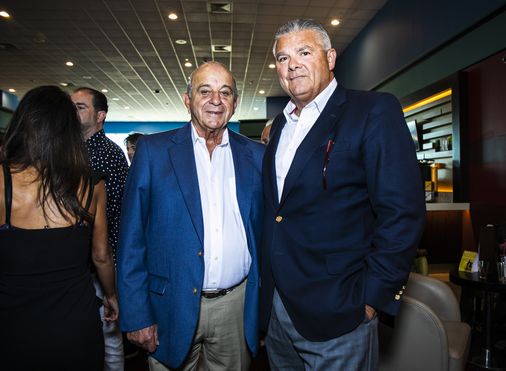 Now a new one: registered lobbyist.

Doherty earlier this year added the new service to his company, Doherty Group LLC. Currently, he has two clients: Blue Cross Blue Shield of Rhode Island, which pays him $2,000 per month, and a newly formed organization called “Shoreline Taxpayers for Respectful Traverse, Environmental Responsibility and Safety, Inc.” who pays him $5,000 a month. month.

“I’ve spent my career dealing with local, state, and federal government, and I understand pretty well how it works,” Doherty said.

Blue Cross Blue Shield of Rhode Island previously employed Doherty as the director of its special investigations unit. The Shoreline Group was formed in March this year to represent the interests of landowners along the shoreline as advocates for better access attempt to decriminalize trespassing along a 10ft strip of shoreline.

Doherty served as the state police colonel from 2007 to 2011. It wasn’t too different from the kind of advocacy he gets into now. He often had to plead his case before the legislature. Now it will do it for customers.

And as the former head of the state’s law enforcement agency, which he still deeply respects, there are certain industries he will avoid, he said. He plans to be “very selective” and choose clients whose missions he believes in. Doherty lives in Wakefield and launched his private investigations and security consultancy firm in January last year.

The perception of lobbying might be the lounge bar or the smoky back room, but that hasn’t been Doherty’s experience so far.

“I will try to avoid these smoky rooms,” he said. “It’s not good for your health. It’s just about being a good advocate for the issue you believe in.