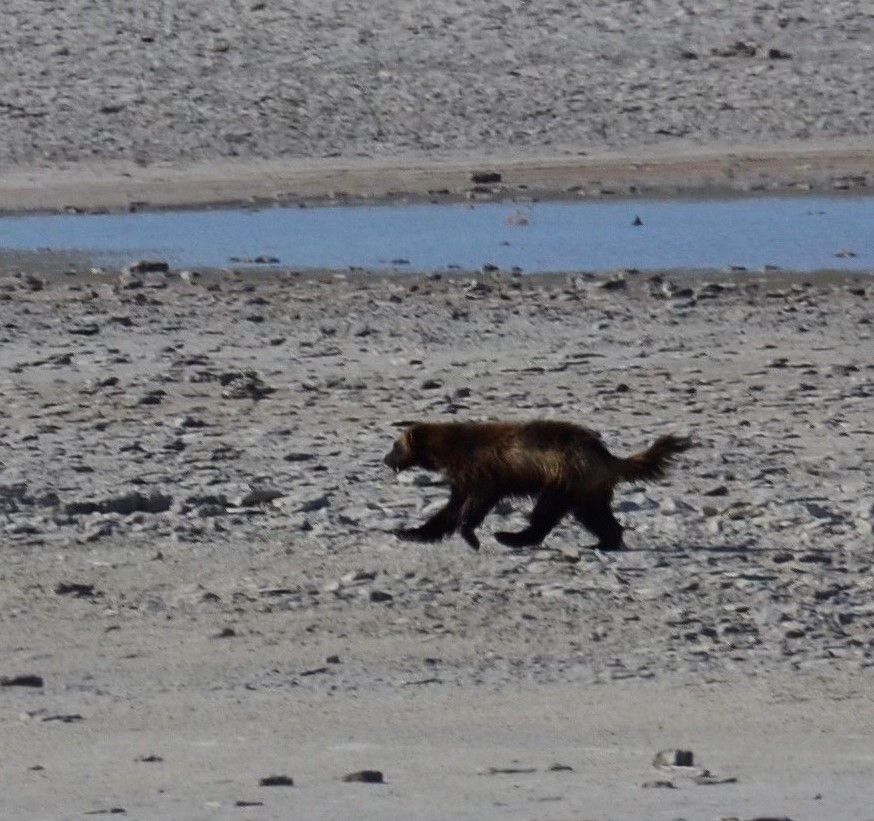 The Utah Division of Wildlife Resources received a report on the evening of May 4 of a wolverine that had been spotted earlier in the day on the northwest end of Antelope Island near the campground of Bridger Bay. Photos and videos were posted on Facebook, and DWR biologists confirmed the footage resembled a wolverine.

DWR biologists traveled to Antelope Island on Wednesday morning to try to locate the animal or find possible leads. However, the ground in this area of ​​Antelope Island is very hard and no tracks have been located.

Wolverines – typically found in high mountain areas – are rare in Utah. Because they are so elusive, it is unknown exactly how many are currently in Utah and if there is an established population here. A single wolverine can have a home range as large as 350 square miles and it can travel long distances.

“Wolverines are very rare to see as they are largely nocturnal and fast-travelling, usually not staying long enough in an area to be found or seen,” said DWR wildlife conservation biologist Adam Brewerton. “We believe this wolverine spotted on Antelope Island is just passing through as Antelope Island has no suitable habitat. It’s always exciting to hear of wolverine sightings in the state and especially when we have video evidence.

Each year, the DWR receives several reported sightings of wolverines, most often from the Upper Uintas. Due to their elusive nature, biologists are unable to confirm most of these reports. The DWR is also placing remote cameras in potential habitat areas to try to monitor wolverines in the state.

Wolverines typically scavenge carcasses and have been known to hunt many different types of animals, ranging from squirrels to birds to larger animals in deep snow.

Wolverines are not listed as threatened or endangered under the Endangered Species Act. However, in Utah they are protected by state law.

Confirmed wolverine sightings in Utah: June 29, 2016: A female wolverine carcass was located by the Utah Department of Transportation after it was struck and killed by a vehicle about a mile west of Laketown, near Bear Lake in Rich County.

December 2014: Traces of Wolverine were found near Dutch John.

February 2014: A wolverine was captured in a photo at a camera bait station in the Uinta Mountains.