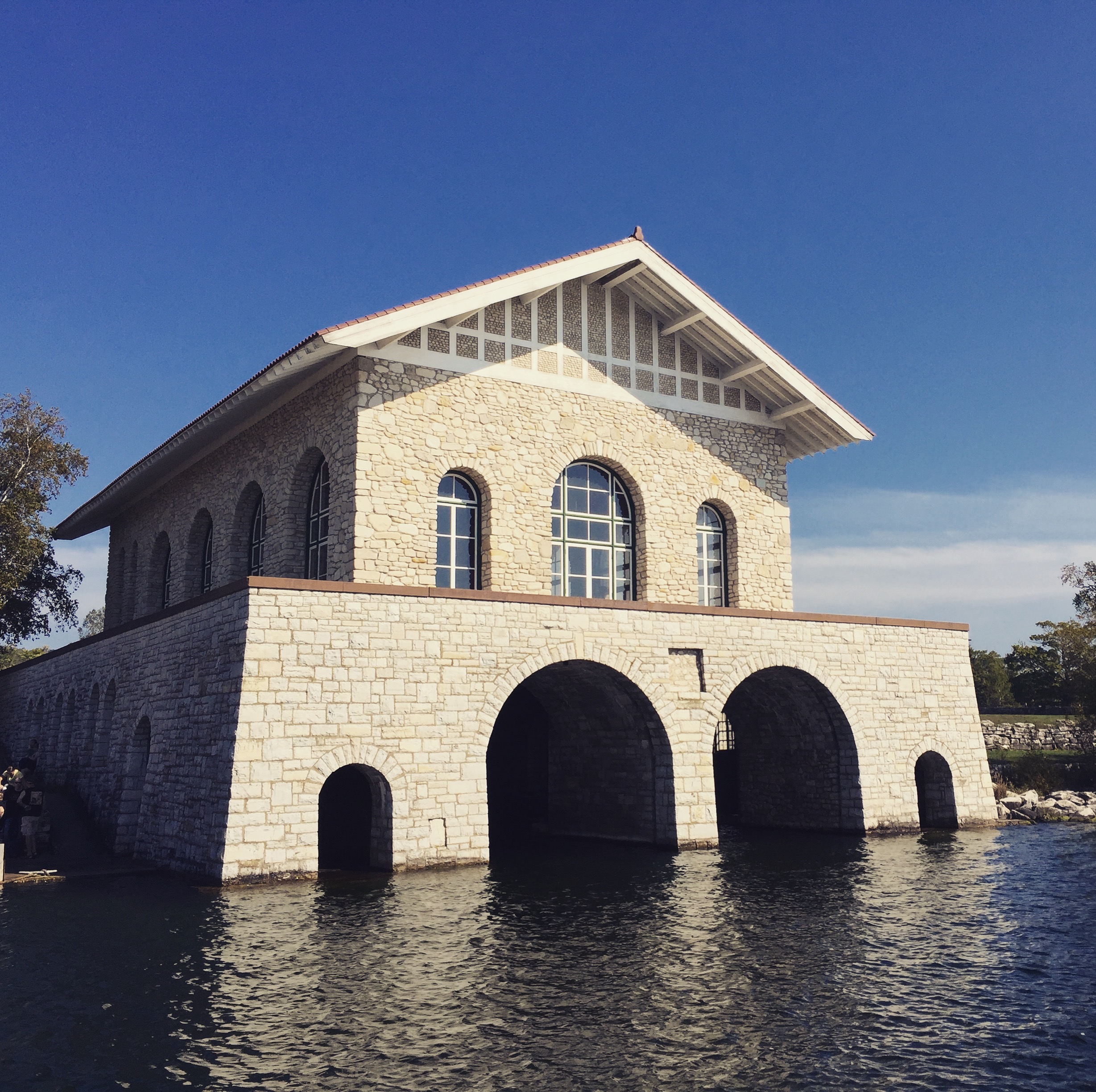 It’s a story shared by two unrelated women whose great-grandfathers were involved — in quite different, but crucial ways — in the creation of Rock Island State Park. Photo of Myles Dannhausen Jr.

It’s a story shared by two unrelated women whose great-grandfathers were involved — in quite different, but crucial ways — in the creation of Rock Island State Park.

The story of John Buechner Jr.

Cheryl Culver is the great-granddaughter of Johann “John” Wilhelm Buechner Jr., born July 30, 1881 in Marathon County, Wisconsin. He was the fourth of Johann and Rosalina (Erdmann) Buechners’ 11 children. Both of his parents, as well as a number of relatives – Krugers, Weisners and Erdmanns – had immigrated from Germany, and although John Jr. spoke English, German was the only language spoken at home until 1914.

Members of the Buechner family, following several of their cousins, moved to southern Door County in 1901, settling in the Stokes community in the town of Nasewaupee.

In 1906, John Jr. was employed at Parkinson Farm, just south of Frank Murphy Farms (now known as Horseshoe Bay Farms). Returning to Nasewaupee for a visit, Buechner accompanied his father to do stone cutting work at the farm owned by Jacob and Magdalena Staats in the town of Egg Harbor (now Country View Farm, still owned by their descendants ). In October 1907, Buechner married Hattie Staats, the “tall, shapely” young woman he had seen 18 months earlier. He was 26 and Hattie was 21.

That same year, the lawyer reported that John Sr. and John Jr. were building a stone barn 40 feet by 60 feet. At the time of the 1910 census, John Jr., Hattie, and their first child, Helen, lived at 152 W. Maple in Sturgeon Bay, and he was self-employed as a stonemason. Apparently he was busy as he had just taken on John Spude as a partner.

John Buechner Jr.’s family has known many heartbreaks. In 1910 and 1911, two more children were born and died very young. In March 1914, John’s two younger sisters, aged 16 and 20, died of diphtheria within a day of each other, and within a week his father died of heart failure. A few months later, their milk check for $70.98 (equivalent to $2,962.76 today) was stolen – another devastating loss for a young family. Another tragedy was the drowning of Mae, her 13-year-old daughter, in 1933.

There must have been setbacks in Buechner’s work as a stonemason because the 1920 census listed him as a laborer on a dairy farm, but later that year, the lawyer reported that he and Albert Schnick, his “mud man”, had completed work on Hobbins Cottages at Two Rivers and were now working for BD Thorp at Eagle Inn. In 1922, he completed the hearths, chimneys and exterior stone walls of the new alpine station.

In 1923 Buechner began his longest and most magnificent masonry achievement as lead mason for the Chester Thordarson Boathouse and other structures on Rock Island. It was the first of his projects that was eventually named to Wisconsin and the National Registers of Historic Places. Others were Ephraim Village Hall and Baileys Harbor Town Hall and McArdle Library.

In 1941, at age 60, Buechner went to work for the Smith Shipyard in Sturgeon Bay and died two years later of complications from a ruptured appendix.

Dixie Jorns is the great-granddaughter of Rasmus Hanson, a Danish immigrant who lived in the Jackson Harbor area on Washington Island in the early 20th century. He was an industrious man, involved in boat building, shipping, and logging, and he purchased the interior of Rock Island, planning to exploit timber.

Previously, passing Native American tribes had used Rock Island for fishing, and when the Pottawatomie Lighthouse was built in 1836, Jesse Minor, one of the first lighthouse keepers, reported up to 50 wigwams coexisting with a village of families who occupied the east side of the island. By the mid-1800s, however, the island was nearly empty except for the keeper’s family.

Around 1910, Chester Thordarson, an Icelandic immigrant and self-made millionaire from the Chicago area, became interested in purchasing land around Washington Island.

Meanwhile, Hanson’s family was suffering hardship. After losing two infant daughters, his wife, Rasmine, was very depressed and couldn’t wait to see her family in Denmark. Rasmus sold his Rock Island holdings to Thordarson to fund his trip, but Rasmine contracted

pneumonia on the return trip from Denmark and died in a boarding house in Sister Bay.

After purchasing the land from Hanson, Thordarson began to develop the island. Believing that Icelanders were the best craftsmen, he advertised for workers in Canadian newspapers that circulated in communities with a high concentration of Icelandic immigrants. A young man named Daniel Lindal was one of nine laborers who went to work at Rock Island.

A massive stone boathouse, large enough for two 50ft yachts, was built, along with a few other smaller structures. As these buildings began to be constructed, Agnes Hanson, Rasmus’ daughter, was one of the people delivering supplies to the island. She caught Lindal’s eye and they eventually got married. Lindal worked for Thordarson until one day he suggested the workers have a coffee break during the day and was fired on the spot.

But that didn’t end the Lindal family’s connection to Rock Island. Daniel’s sister Helga moved there and married Thordarson’s son Dewey in 1931. Chester Thordarson died in 1945 and was buried on Rock Island.

In early 1961, Washington Island city officials, led by city president Jack Hagen, proposed that Rock Island be made a state park. A feasibility study was conducted in September 1961, and Door County Council approved the acquisition on December 11, 1961.

In the spring of 1962, the state Department of Conservation negotiated with Dewey Thordarson, who was administering his late father’s estate, and on July 17, 1962, an agreement was reached, stipulating that the Department of Conservation would exercise custody temporary ownership, as well as the option to purchase the land for a park in the future.

This agreement expired on August 31, 1963, and funds were not available to purchase the island. But, in order to keep the land undeveloped longer while waiting for the state legislature to approve funding, a scenic three-year easement was purchased for $5,000, which counted toward the eventual purchase price. The property was finally purchased in April 1965.

Dewey Thordarson died in 1968 aged 70 and Helga in 2001 aged 95. Both are buried in Washington Island Cemetery.

Cheryl Culver’s great-grandfather, John Buechner Jr. – nicknamed “the stone man of Egg Harbor” – was the chief stonemason for the boathouse and many other buildings on the Thordarson estate. And it’s entirely possible there would never have been a state park on Rock Island if Dixie Jorns’ great-grandfather, Rasmus Hanson, hadn’t sold his land there to to pay his homesick wife’s unfortunate visit to her family in Denmark.