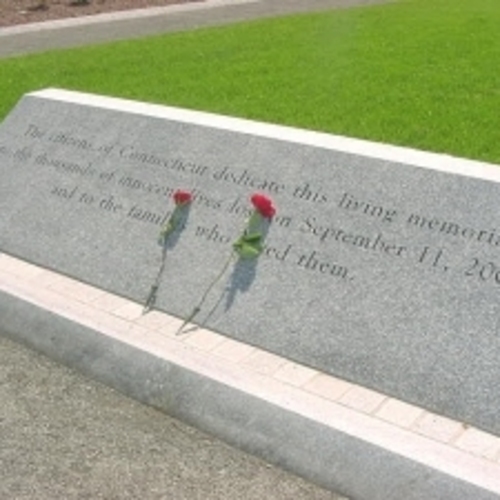 Governor Ned Lamont and Lieutenant Governor Susan Bysiewicz invite members of the public to attend the State of Connecticut’s annual 9/11 Memorial Service, honoring and celebrating the lives of those killed in the September 11, 2001 terrorist attacks.

This year’s ceremony will take place at 5:30 p.m. on Thursday, September 9, 2021, at Sherwood Island State Park at Westport. Family members of those killed in the attacks will participate and the names of the 161 victims with Connecticut ties will be read aloud.

Connecticut State official memorial honoring the victims of the attacks is located on a peninsula in the state park, where on a clear day the Manhattan skyline can be seen across Long Island Sound. It features a memorial engraved with the names of people with Connecticut ties who were killed in the attacks. The state park was chosen as the site of the memorial because it was where, in the hours after the attacks, many people gathered to watch the devastation of Lower Manhattan from Long Island Sound. The site was also used by the Connecticut National Guard in the days immediately following as a staging area for Connecticut relief efforts in New York.

Each year, the State of Connecticut deliberately holds its ceremony the day before the actual anniversary in order to welcome family members and friends of the victims. Because Connecticut is so close to New York, many people who lost loved ones in the attacks also attend the annual ceremony held at the World Trade Center site on the morning of 9/11.

For those unable to attend in person, the Connecticut Network is expected to stream the ceremony live online at www.ct-n.com. A video on demand will also be available on the website shortly after its conclusion.