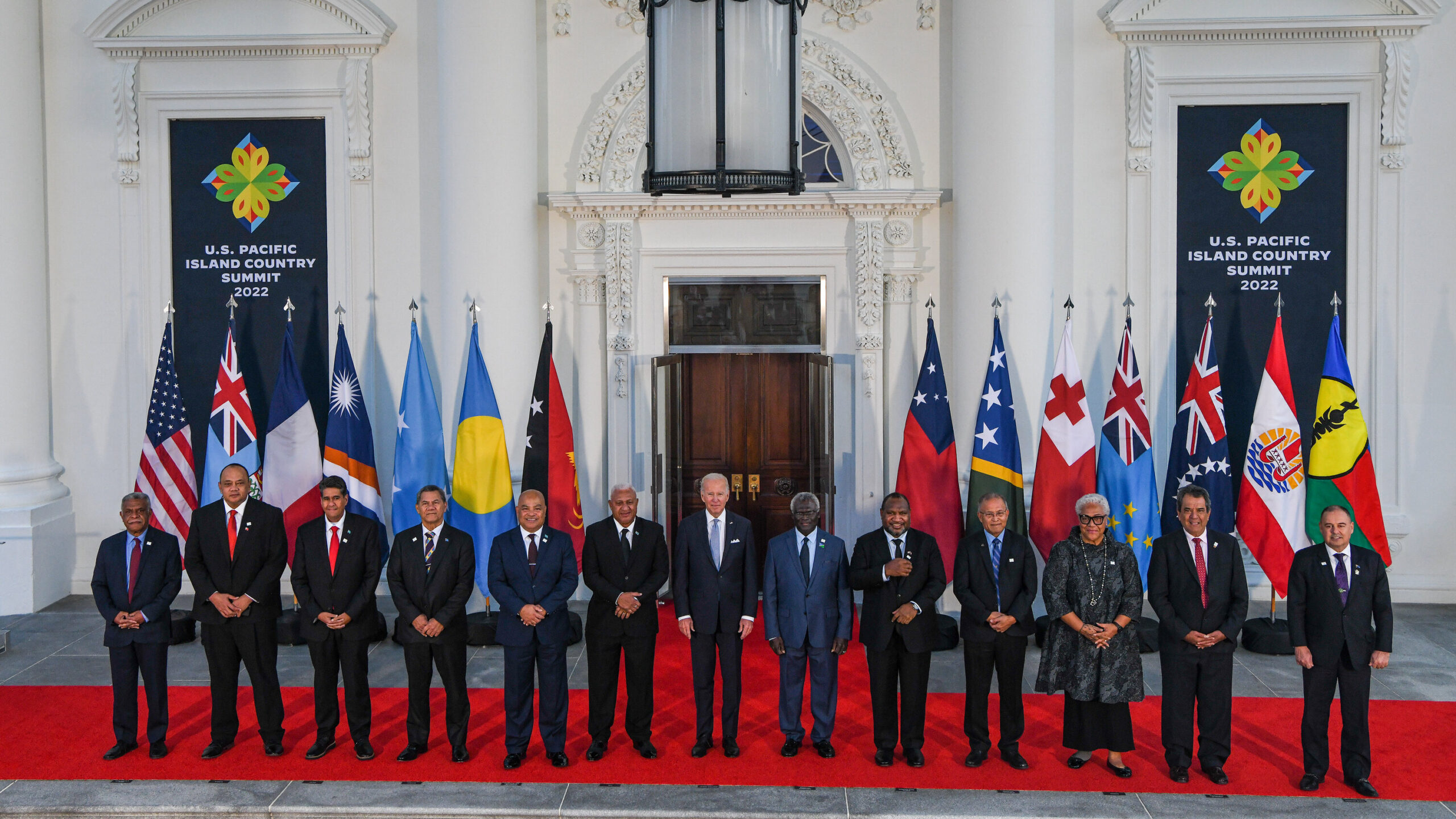 The Summit of 14 Pacific Island Nations hosted by the United States was held September 28-29, 2022 in Washington. Independent foreign affairs experts believe the overall theme of the gathering was the desire to link the Pacific to the Indo-Pacific strategy to contain China and develop a new alliance that would include a list of Pentagon-backed projects like Five Eye, QUAD, AKUAS, Seminars on the Indo-Pacific framework and on the management of Indo-Pacific armies.

The overt agenda of the summit was to discuss global warming, sea level rise, economic investment, natural disaster preparedness, maritime security and China, while the order of the Secret Gathering Day could be an attempt to install a US-led strategy on all sea routes. China uses for its trade. The Summit brought together the Commonwealth of the Northern Mariana Islands, Federated States of Micronesia, Fiji, French Polynesia, Kiribati, Marshall Islands, Nauru, New Caledonia, Palau, Solomon Islands, Tonga, Tuvalu, Vanuatu and Wallis and Futuna. and New Zealand, with Australia as co-host and observer.

The Washington Post reported that the United States planned to invest $860 million in expanded programs to help the islands while US Secretary of State Antony Blinken expressed his desire to establish a partnership between the United States and the Pacific, which would provide a “road map” for their future relationship.

I believe that the Pacific, once the “maritime backyard” of the United States since World War II, consistently heavily dominated by US military presence but otherwise completely ignored, has now become center stage for the Pentagon. . These islands are still in contact with the United States but have not yet joined the American Indo-Pacific strategy because they do not want to see China as an enemy.

The American headings for all time to come must remain the same, “Shared Commitment to Lasting Peace and Security.” However, the Pacific island nations also seem unimpressed by this narrative and clearly demonstrate their reluctance to endure anything in order to achieve the American version of peace and stability. Nevertheless, the Pacific Islands register from the outset their concerns purely related to the existential threat they face due to global warming. The Pacific Islands do not pledge their loyalty to the common US commitment, nor do they fall into the trap of becoming a US pawn in support of US peace in the region.

China, on the contrary, offers many more tangible things, but Pacific island nations are still skeptical and avoid any clear static diplomatic relationship with China or the United States.

The Indo-Pacific and Pacific islands are new theaters that US allies have established to curtail Chinese trade movements and establish US sea power to encircle China’s interests whenever necessary. The theater is there and now we can do nothing but wait for the moment when the curtain will unveil the first scene.

An “11-point vision statement committing to joint efforts” was released as a statement at the end of the summit that must be shared to analyze what the United States certainly wants to get out of this new initiative. Instead of adding the 11 points, I will share three points that can serve US interests in the future. They are sixth, seventh and tenth on the list.

In the future, the United States and its allies such as Australia and New Zealand may require countries that participated in the summit to allow their American allies to maximize their military presence in member countries to protect the Pacific. Blue, maintain peace and security in the Blue Pacific and play their part in comprehensively addressing the legacy of conflict in the region.

The White House indicates that the United States is elevating broader and deeper engagement with the Pacific Islands as a priority of its foreign policy and I believe that this “deeper engagement” is another attempt to frustrate China which, according to US President Joe Biden, is the biggest threat. to the United States and its allies. Targeting Chinese interests in Eastern Europe and African countries, putting the Taiwan issue back on the world stage, forming multiple alliances in the Indo-Pacific and now reaching out to the Pacific islands, are some of the significant steps by the Biden administration to keep China on its toes.

China has been an active partner of the islands since 2006, when it hosted the first China-Pacific Island Countries Economic Development and Cooperation Forum in Fiji. Since then, China has invested more than $1.78 billion in aid to eight countries in the region and is the region’s second-largest trading partner maintaining diplomatic ties with all countries.

Interestingly, in April this year, the Chinese Foreign Ministry confirmed that it had signed a security agreement with the Solomon Islands. Foreign affairs experts believe the development has triggered the urgency for the United States to reach unguarded islands before China can sign similar security deals with other islands.

Australia and New Zealand, allies of the United States, focused on the islands in their foreign policies around 2017 when Australia announced a “Pacific Stepping Up” as part of a policy white paper foreign. The following year, New Zealand announced the “Pacific Reset”, based on the principles of shared prosperity. Even the United Kingdom, on the other side of the world, got involved by announcing its “Pacific Uplift” in 2019. Now, the head of NATO has entered the game directly by holding a summit in Washington. The US Indo-Pacific Strategic Framework, released in 2021, included the Pacific Islands region in the framework.

I am of the view that the Indo-Pacific and Pacific islands are new theaters that US allies have set up to reduce Chinese trade movements and establish US sea power to encircle the interests of the China whenever necessary. The theater is there and now we can do nothing but wait for the moment when the curtain will unveil the first scene.