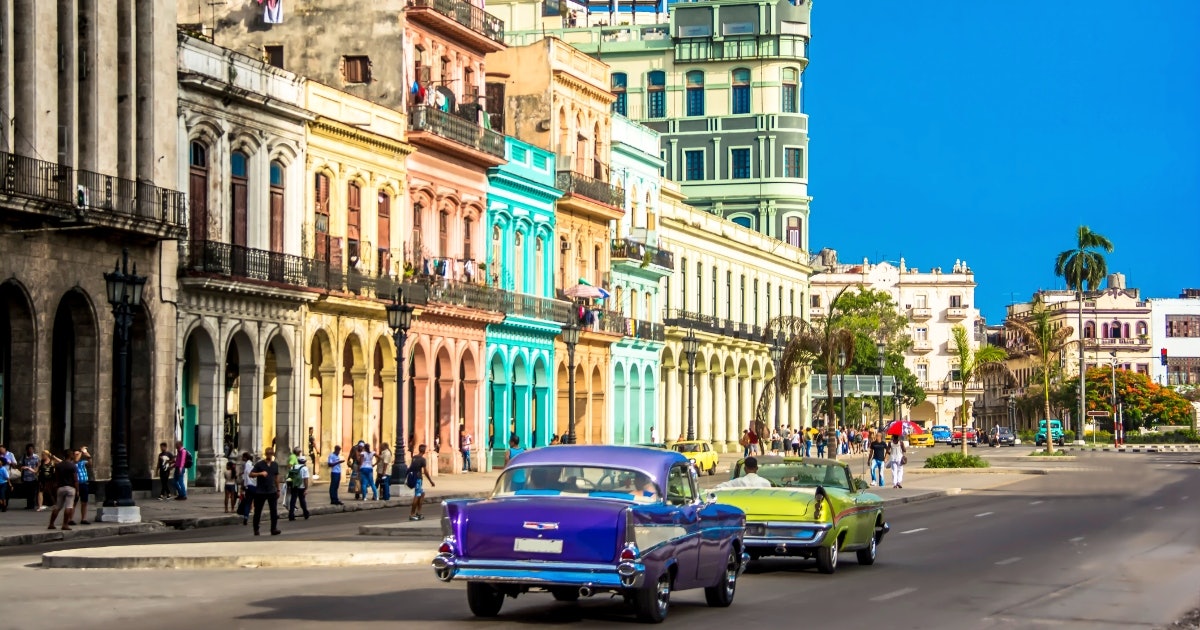 Perhaps a visit to Cuba sparked your love of the country. Or maybe you have roots in the region. No matter what brought you here, you want to know more about Cuban surnames. If you’re expecting, you might even want to see if you can adapt one to your baby’s name. Cuban surnames can be a beautiful and vibrant way to pay homage to this special place known for its scenic beaches, colorful streets, rum, cigars, and deeply charming people.

From a modern American perspective, Cuba didn’t really register until the 1950s, when the Cuban Missile Crisis thrust Cuba and Cubans into the headlines. This perspective, however, could not be further from the truth. Cuba has been around, in one form or another, for as long as any other country on our planet. It was first inhabited by the Taíno, a group of people indigenous to the Caribbean islands who are believed to have been there since at least the 4th millennium BCE. Things changed, however, in the 15th century, when European countries began to explore the west and seek new lands to conquer. Spain claimed Cuba as its territory and began to colonize it. It lasted about three centuries until the Cubans rose up and fought for independence. In 1898, America entered the fight, starting the Spanish-American War and, once again, leaving the fate of Cuba in the hands of anyone but the Cubans. The United States’ interest in Cuba has lasted for a century and a half with intermittent attempts to integrate us into the Cuban government.

Why are we so interested in Cuba? Despite being a bit of a small island, Cuba is full of natural resources that everyone is dying to get their hands on. When you think of Cuba, you undoubtedly think of its more tropical contributions, such as sugar cane, tobacco and coffee. In 2013, however, Cuba also held around 7% of the world’s nickel reserves. This ore accounts for about a fifth of all Cuban exports. Who knew?!

We would be remiss not to mention how vital tourism is to the Cuban economy as well. In 2011, Cuba recorded over 2.6 million visitors to the country, making it the third most popular Caribbean country to visit. While you might think of Cuban tourism consisting mostly of beaches, sweaty night dances, and sporting events, Cuba actually has so much more to offer. Its diverse terrain outside of its cities lends itself to being one of the best places in the world for hiking and mountaineering. Another big part of Cuba’s appeal is medical tourism – many people travel to Cuba in search of less expensive medical treatments, ranging from dental services or fertility treatments to major surgery.

But how are the Cuban people? Like many countries in the Americas, Cuba is a real cultural melting pot. You’ll find elements of indigenous Taínos, as well as Spanish and African cultures, in nearly every aspect of Cuban life, from cuisine to music and even family dynamics. Famous Cubans include two of the most renowned Latin performers in music history: Celia Cruz and Gloria Estefan. We promise; you’ve heard them both. The danzón is Cuba’s “official” music and dance genre, but it is also popular in other parts of the Caribbean.

Meaning: son of Álvaro; of Alvar

Meaning: a pasture along a hill

Meaning: brambles, a place of brambles

Meaning: strong as a bear

Meaning: son of Domingo; from the Latin Dominicus or Dominus, meaning “master”

Meaning: from the old form Egidio

Meaning: gardener or one who lives near a garden

Meaning: the one who lives by the sea

Meaning: stonecutter or one who hammers stones

Meaning: the one who contemplates the valley

Meaning: foliage or mass of leaves

Meaning: son of Rui; variation or short for Rodrigo

Meaning: son of Vasco or Velasco